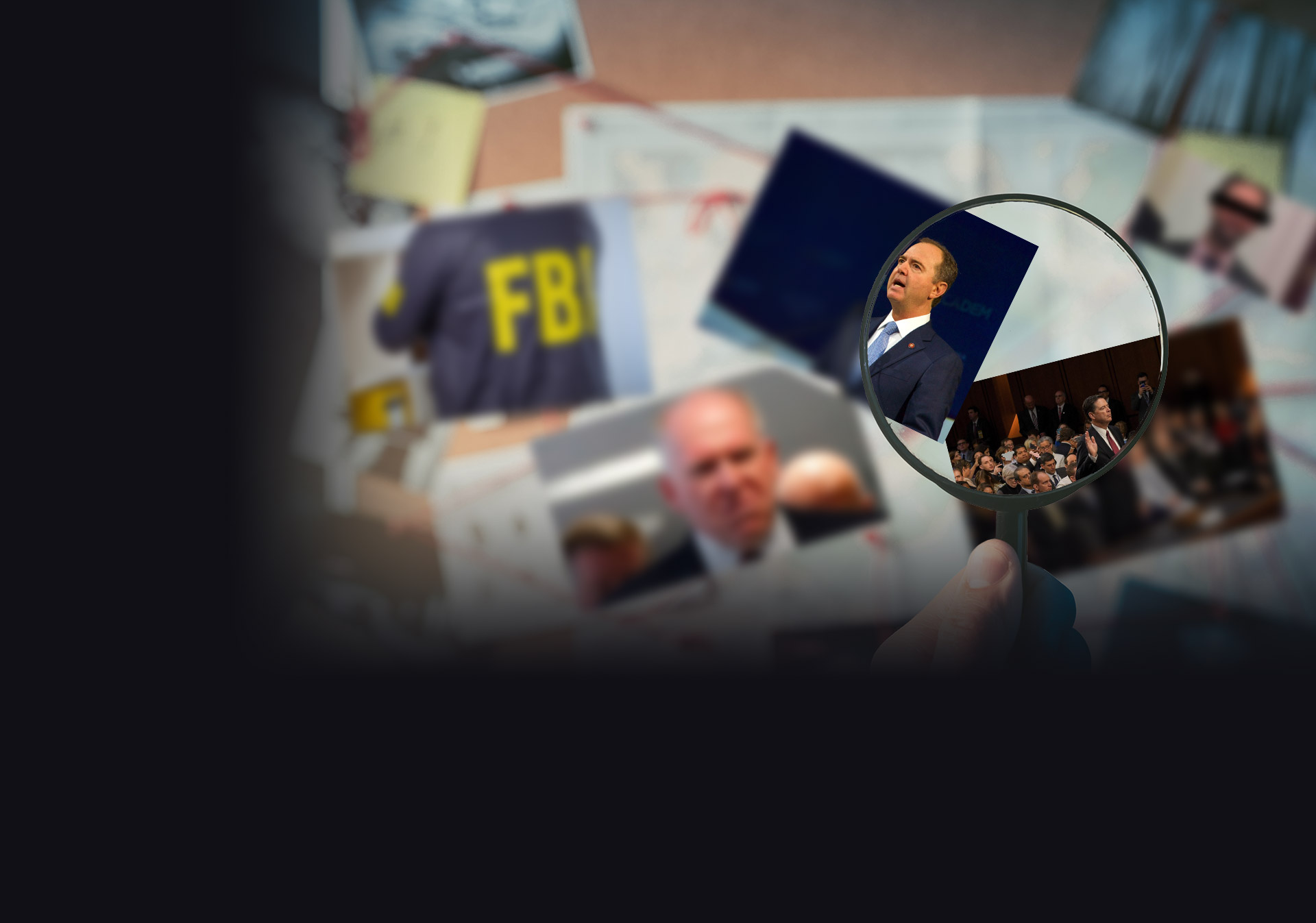 Nancy Pelosi, Adam Schiff, James Comey, John Brennan, the FBI, the whistleblower, etc. The people who conspired to remove a duly elected President via illegitimate means must be held accountable, and the only way to do that is to get to the bottom of what actually happened. Send the following message to Senator Graham:

We, the American people, call on you to investigate the origins of the sham impeachment and the actions of those involved. This includes Adam Schiff and his staff, the so-called whistleblower, John Brennan, James Comey and other bureaucrats at the FBI, and more.

It is clear that there was collusion and corruption between members of Congress and civil service bureaucrats to remove a duly elected President of the United States with whom they disagreed on policy and who they didn’t like. It is imperative that your committee investigate the “investigators” so that the American people know the truth about exactly what happened, how it happened, and who was involved. More importantly, there must be some accountability brought to those that sought to execute a coup against a sitting President.

If there are no consequences for their actions, this will happen again, and as you know, America will not stand if this depth of corruption is allowed to go unpunished. The House Democrats will never investigate themselves and their allies. It is up to the Senate, and it is up to you Senator Graham; America wants the truth!

Thank you for signing our petition to Investigate the Investigators! Please take a moment to share this petition with likeminded friends and post it on social media. Additionally, please consider a donation to help us get more signatures to Senator Graham to encourage him to pursue this investigation with vigor!

Petitions are most effective when everyone gets on board. Help get the message out by sharing on Facebook and Twitter. Or send an email to your friends who may want to help change our government for the better.